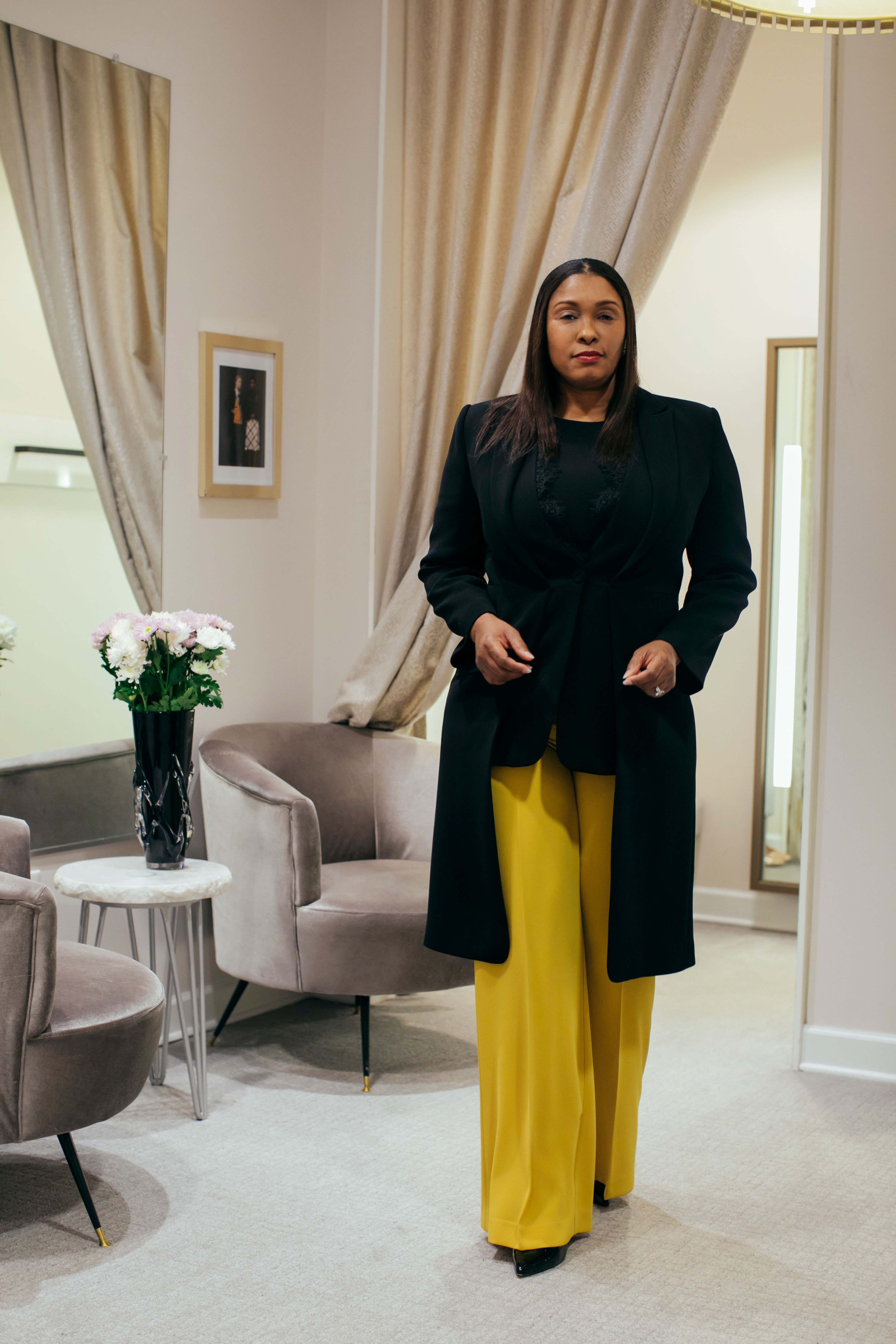 Teri Helenese has built an exemplary career spanning the public and private sectors. She was recently named U.S. Virgin Islands Director of State and Federal Relations and Washington Representative by USVI Governor Albert Bryan, Jr. During her first year on the job, she played a key role in bringing D.C. United, Washington’s professional men’s soccer team, to St. Croix for an exhibition game—an all-time first. She also facilitated another first: a collaborative effort on the part of the governors of the U.S. Territories to lobby Congress to extend Medicaid funding beyond the “fiscal cliff” that loomed in September 2019.

Over the past 24 years, Helenese has held positions at increasing levels of responsibility in several major corporations. At a General Dynamics conglomerate, she was responsible for HR operations in 20 countries across Europe and Asia. Earlier, she was HR Director at Diageo’s Captain Morgan Rum Distillery on St. Croix, credited with launching the company’s HR operations and with boosting employment on the island. She also served as the design-and-build project leader for the company-sponsored, state-of-the-art Visitor Center on St. Croix.

In the aftermath of 9/11, as an IT management consultant at Deloitte, Helenese worked with the team that established the regulatory framework and led the successful deployment of the Transportation Worker Identification Credential (TWIC), with enrollment of 2 million workers in a first-of-its-kind smartcard program, laying the foundation for future security initiatives.

During her tenure as Director of People Services and HR Transformation at International SOS—the world's largest medical and travel security services firm—she helped set the company’s global HR agenda, completed a complex payroll conversion to a new platform for five merger and acquisition companies, and shepherded the organization through its own successful merger.

Virginia Governor Ralph Northam appointed Helenese on his African American Advisory Board. She was sworn in on September 19, 2019, along with 15 other community leaders in Virginia. They are charged with advising the governor on ways to strengthen the relationship between state government and the African American community through intelligent and strategic policymaking, with full input from communities.

Helenese was born and raised on St. Croix in the U.S. Virgin Islands by parents steeped in faith. Her father, Arnold Helenese, is a deacon at St. Ann’s Catholic Church and owner of Le Baron, a men’s clothing store, where she worked during her teens. Because her dad, mom, Carol, and Aunt Eastlyn are style icons, she likes to say that she comes by her passion for style and fashion through their osmosis.

My ROMAN clothing and accessories make me feel beautiful and elegant. Whatever my mood and whatever the occasion, the clothes I buy at ROMAN allow me to move around in the world freely in the knowledge that my outside reflects my inside, elegant Teri. 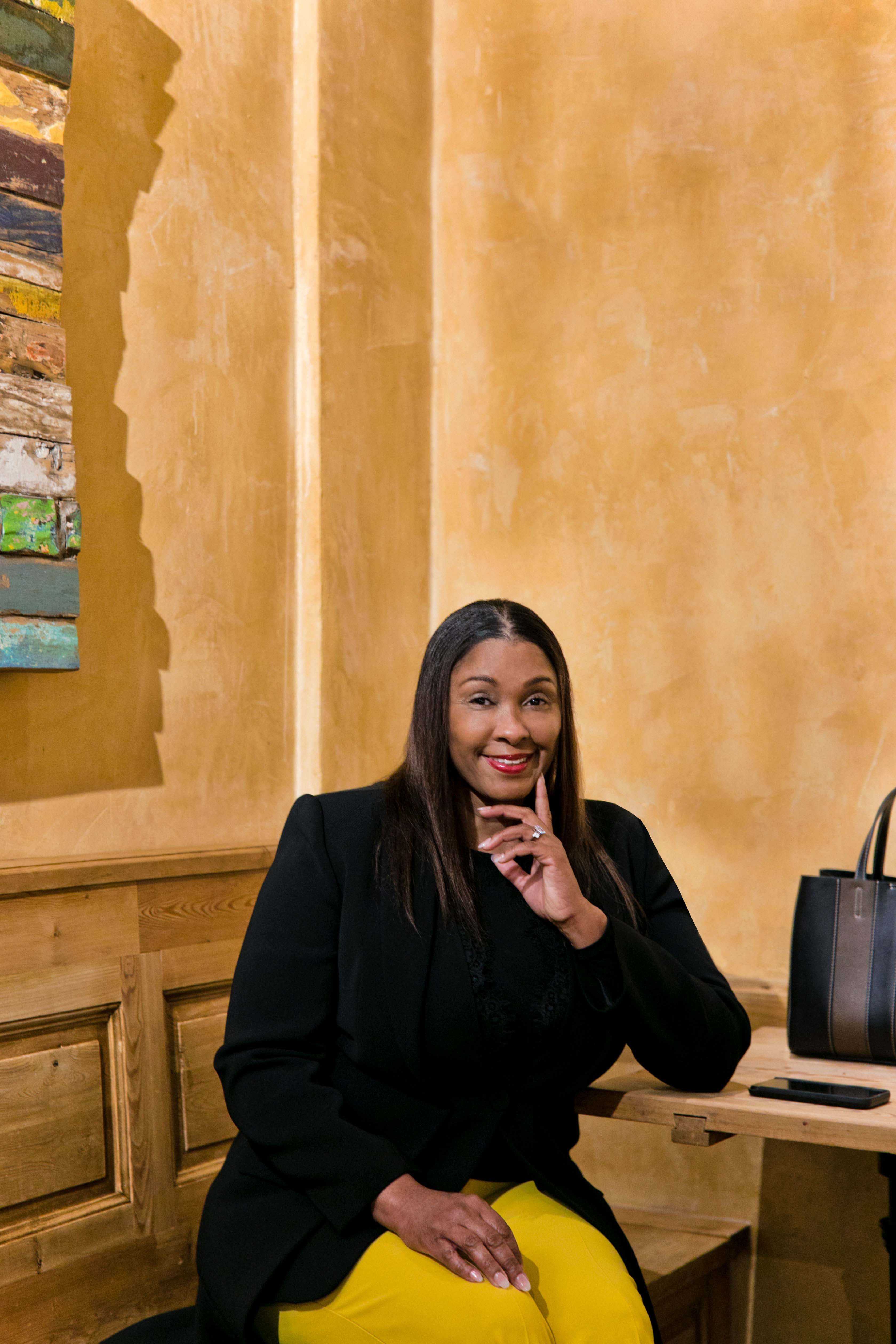 Q: Where do you wear ROMAN pieces?

A: From Congressional hearings to my daughter’s basketball games and shopping excursions at the local farmers’ market, my ROMAN pieces ensure my confidence and allow my femininity to shine through.

Q: What is your favorite way to style ROMAN pieces?

A: Often in the public eye, I always strive to look and feel my best. My role in government requires me to gain the respect of others. To do that, I need to show the world that I respect myself. I spend time choosing, mixing, and matching the elements of my wardrobe, including vintage pieces. I prefer to wear black, navy, and gray in professional settings, but because I’m a Caribbean Queen, I sometimes ramp up the impact of a conservative suit with a pop of color: sunshine yellow, ocean blue, Kelly green, hot pink, or fire engine red.

My ROMAN clothing and accessories make me feel beautiful and elegant. Whatever my mood and whatever the occasion, the clothes I buy at ROMAN allow me to move around in the world freely in the knowledge that my outside reflects my inside, elegant Teri.

Q: Describe yourself in three words?

A: Grace. Grit. Glory. Nothing worthwhile in life comes without hard work, smart work, and effort. Grace under fire and grit are necessary to power through difficult times. Joy comes in the morning. Glory and learning experiences are always waiting on the other side.

Q: What inspires you and why?

I am inspired by women activists, the men who love us, and leaders who pave the way for the next generation. Women are demanding real progress and a seat at the table where decisions are made, and leading-edge men are supporting us. That’s refreshing! 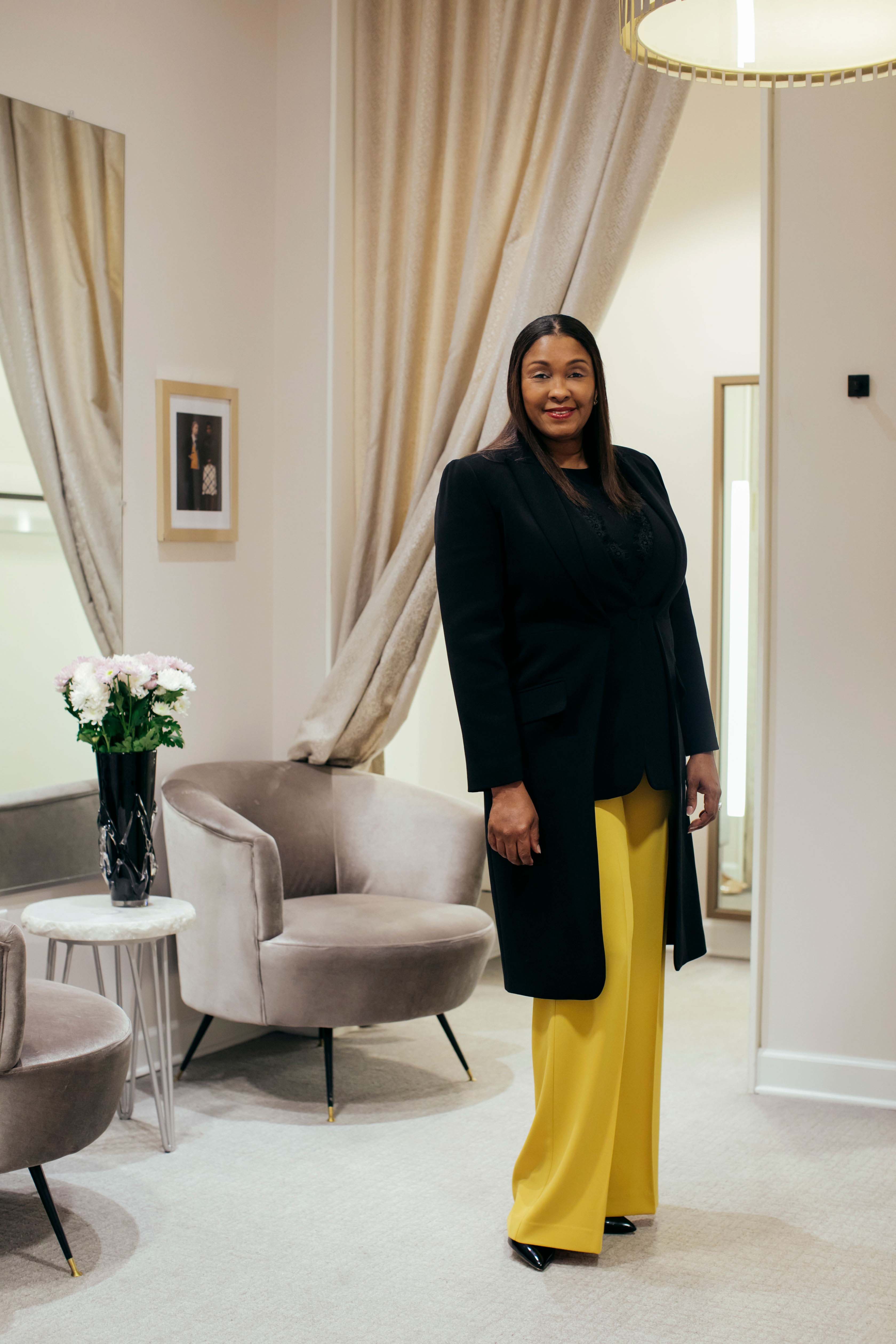 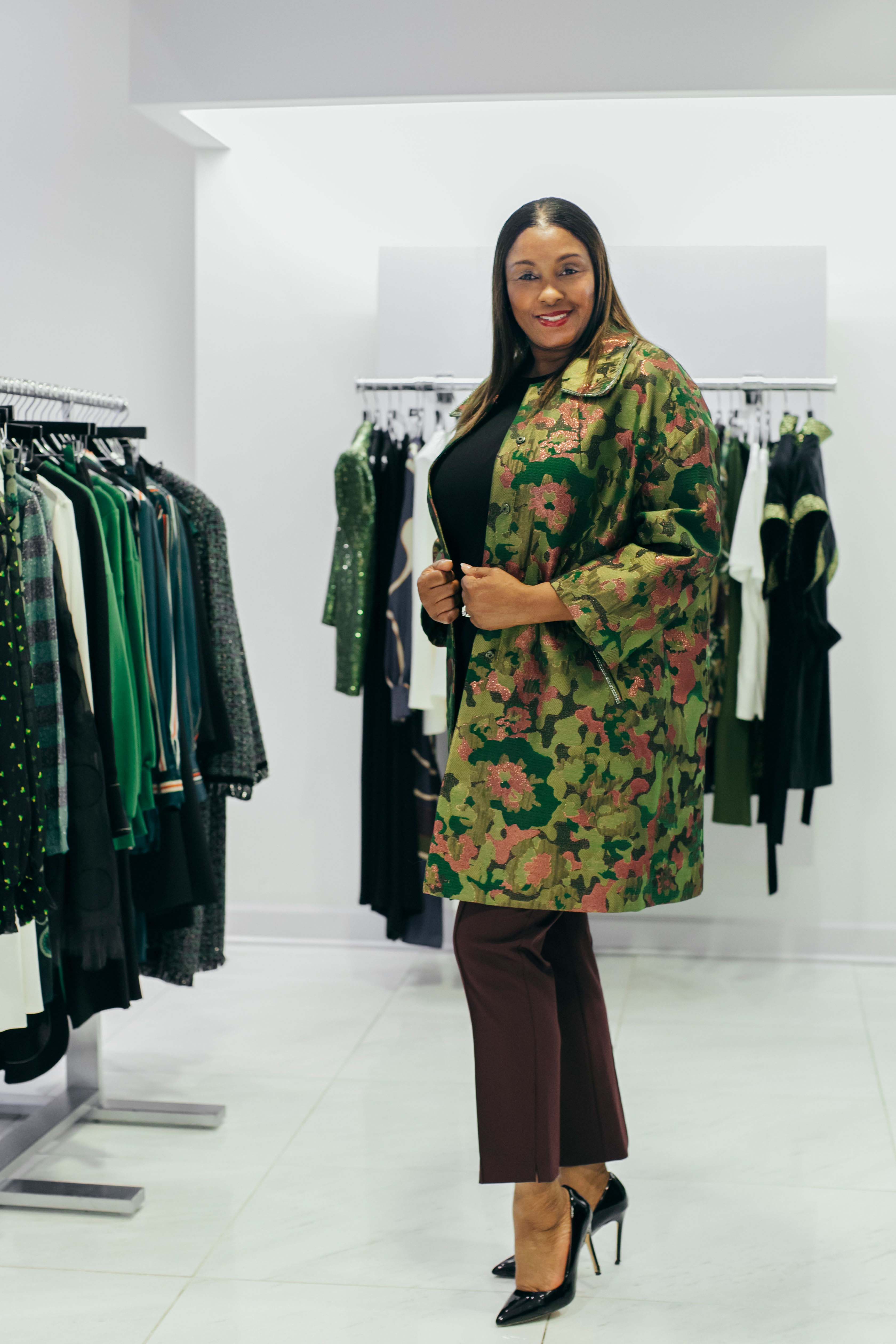 Q: Do you remember your first time at ROMAN? How it all began?

I had just finished purchasing a gift for a friend at Nordstrom, my go-to department store before ROMAN. I happen chanced on ROMAN just outside Nordstrom at Tyson’s Corner in McLean, Virginia, and learned that ROMAN offers quality, unique, and classic pieces, for considerably less than its competitors. The rest is history.

Q: How will you celebrate International Women’s Day?

I look forward to celebrating International Women’s Day at the National Museum of Women in the Arts in Washington, DC. On tap are docent-led conversation pieces, live music from local musicians, and a women authors book swap.

What is your message to women on this day? For decades, March 8, has been a day of women’s civic action. Let’s honor the past, and celebrate women leaders, activists and workers who make our world a better place. These women lead businesses, write code, engineer self-driving cars, program artificial intelligence, and teach children. They lead the charge in government, grow food, deliver medicine, and help heal communities. Today and always, these women deserve our recognition and support. 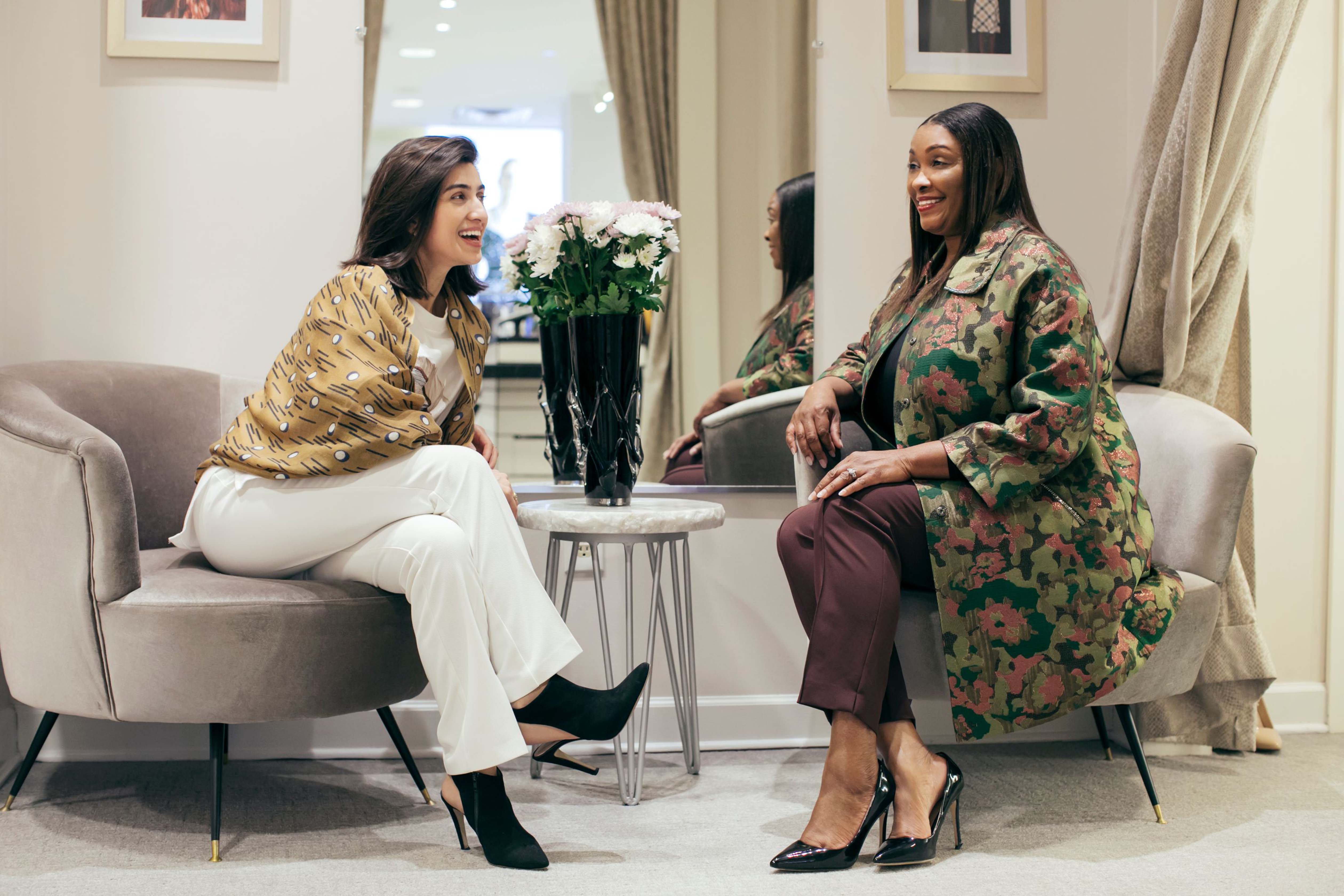